"Hart's energetic direction keeps the actors at their best from beginning to end." - ON THE SHOW 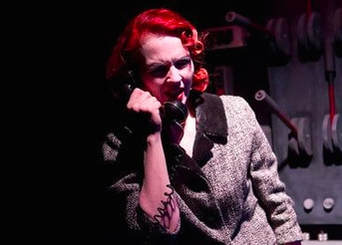 “Sex to Change the Course of the World” — A grad student’s online personal ad lures a mysterious journalism student to his subterranean research lab under the pretense of an evening of “no strings attached” sex. But when a major global catastrophic event strikes the planet, their date takes on evolutionary significance and the fate of humanity hangs in the balance. Will they survive? What about the fish in the tank? And who is that woman pulling levers and playing the timpani? An epic and intimate comedy that spans over billions of years, boom explores the influences of fate versus randomness in the course of one’s life, and life as we know it on the planet