​The World Premiere of Tim J. Lord's
DOWN IN THE FACE OF GOD 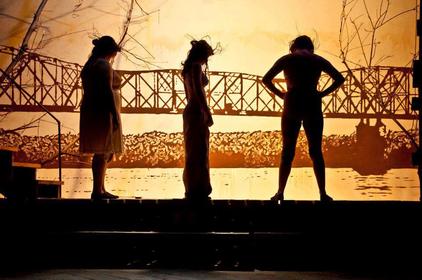 DOWN IN THE FACE OF GOD
By Tim J. Lord

Life for the kids of Thebes, Illinois, is a predetermined sort of thing: short with a bloody end. So when a new kid shows up in town with no regard for curses and gods, he threatens to turn the old order on its head. But just what brought him to town and the destruction that follows him could overthrow a lot more.