The LA Premiere of Joe Tracz's
PHENOMENON OF DECLINE

​"Hart seizes on the text's Gothic elements in a staging worthy of the Dark Old House." - LA Weekly

"This production is well assembled and crafted." - LA Theatre Review 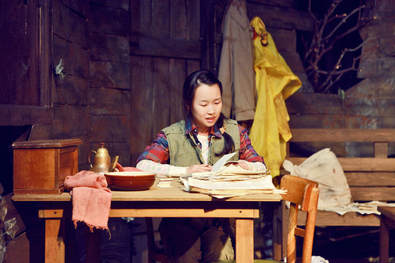 ​PHENOMENON OF DECLINE
by Joe Tracz

Fifteen years ago, Randolph Wonder’s twin brother went into a bog to retrieve a fly ball and never returned. Now Randolph lives in the bog in a vigil of grief and guilt, in a ramshackle cabin he built by hand. But as the cabin starts sinking into the earth, and his three sisters arrive with three different agendas, Randolph must choose between seeking the dead and returning to life.